Dr. Maria Ada Malvindi is president and founder member of the company HiQ-Nano and a researcher.

BSc in Pharmaceutical Biotechnology at the University of Naples “Federico II” (2007). She completed her PhD thesis in “Science and interdisciplinary technologies” at the National Nanotechnology Laboratory (NNL) of CNR-INFM, Lecce (Italy) on “The development of new nanosystems for drug delivery and diagnostics applications and study of their toxicity” (2011).

In 2012, she joined the Center for Bio-Molecular Nanotechnologies, Italian Institute of Technology (CBN-IIT), Lecce (Italy), as a post-doctoral fellow in the Environment, Health & Safety (EHS) Research Platform. In 2013 she founded the company HiQ-Nano, spin-off of Italian Institute of Technology and from 2014 to 2019 she was Post-doctoral researcher in CBN-IIT, she focused on the synthesis and characterization of nanomaterials for bio-imaging, nanomedicine, and theranostics applications by means of original synthetic routes.

Currently she is president and researcher at the HiQ-Nano company. She has expertise in chemical synthesis, physical-chemical characterization and toxicity assessment of silicon dioxide, fluorescent and metallic nanomaterials. Her experience is confirmed by several international publications and oral contributions in international conferences. She leads various national and international projects in the field of nanoscience and nanobiotechnology (Nanoreg2, SmartNanopharma, Nanouptake). 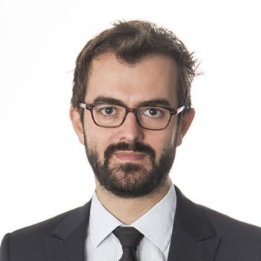